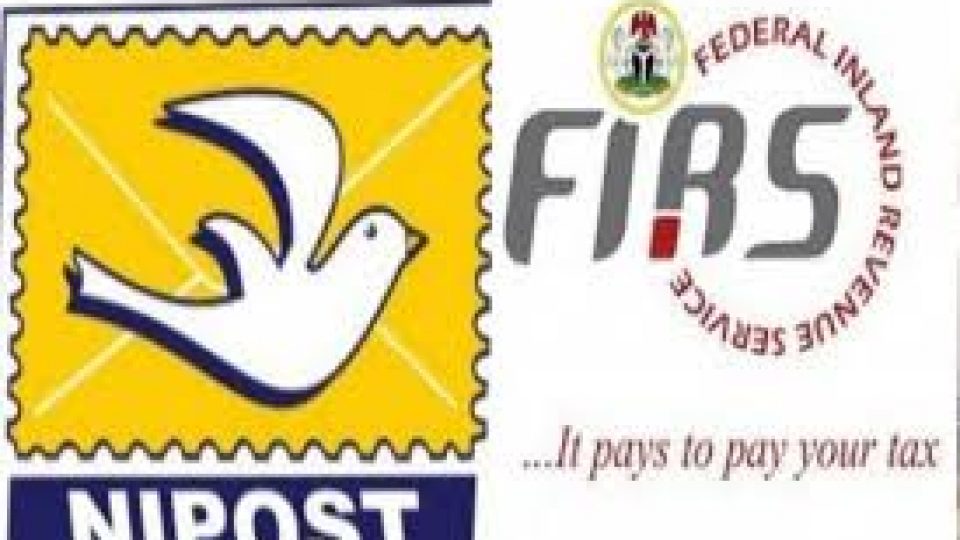 ON FIRS AND NIPOST-STAMP DUTIES COLLECTION

The Nigeria Postal Service and the Federal Inland Revenue Service have been at loggerheads over which of the Nigerian government’s agency is constitutionally backed to collect stamp duty taxes in the country.

Call to mind that the government through the FIRS had increased the payment of stamp duties, which led to some turmoil among Nigerians.

According to the tweet of Chairman of NIPOST, Maimuna Abubakar, said their organization was the only agency charged with the responsibility of producing adhesive stamps and revenue for the purchase of such stamp accrues to NIPOST.

She tweeted, “I am worried for NIPOST, having sleepless nights because of NIPOST, we need the general public to come to our aid, FIRS stole our mandate while she also revealed that NIPOST had generated over #60bn for the Federal Government.

Responding to Abubakar, said FIRS was the sole agency charged with the responsibility of assessing, collecting, and accounting for all tax types including stamp duties.

Director of Communication and Liaison of FIRS, Abdullahi Ismaila Ahmad, in a statement on behalf of the agency, said, “To be sure, NIPOST is a government parastatal established by Decree 41 of 1992 with the function to develop, promote, and provide adequate and efficiently coordinated postal services at reasonable rates.

Meanwhile, the recently gazette Finance Act 2020 has amended S.4(1) of the Stamp Duty Act contained in S.(8) of the Law of the Federation of Nigeria 2004 to give the FIRS the sole right of collecting stamp duty on behalf of the Federal Government.

Also, sometime in 2016, the then Accountant-General of the Federation, issued a circular mandating relevant bodies to remit all stamp duty revenues collected to the FIRS account with the Central Bank.”

The stamp duties so collected as tax were remitted into the Federation Account for onward disbursement to the three tiers of government, from which NIPOST benefits.

The clarification was made noted following several requests by taxpayers who want to know about the current administration of Stamp Duties Act in the country.

Although the legal basis for NIPOST’s Public Notice is still unclear, it is necessary for the FIRS and NIPOST, being both government agencies to reach a consensus on the implementation of the Stamp Duties Act on applicable documents so that taxpayers are adequately guided.

We will monitor any further administrative guidelines and directives in this regard and highlight any subsequent developments.

Join the PML team in an insightful 3 days of Basic External Audit Training .
For more information, please contact B… https://t.co/zz52zHfAyD

Companies Income Tax (CIT) – All you Need to Know… https://t.co/cjHUycLkYH

ON FIRS AND NIPOST-STAMP DUTIES COLLECTION

Companies Income Tax (CIT) - All you Need to Know + Do